Remineralization of agricultural land, garden soils and the creation of nutrient dense food with 90-plus minerals is the goal of lifelong advocate of sustainable organic food production, Robert Cain who learned the technology called Sea Energy Agriculture from Maynard Murray, M.D. Dr. Murray was a medical doctor and research scientist who was troubled by the obvious continual decline of American health and the subsequent flourishment of the pharmaceutical industry. He focused his biological and chemical research to search for reasons for our decreased resistance to chronic illnesses and degenerative diseases. His studies led him to the sea, where, miraculously, cancer, arthritis, arteriosclerosis and aging on a cellular level seemingly do not exist. He discovered that sea life is sustained in a balanced solution consisting of all 90-plus atomic table elements. Murray observed that one cubic foot of seawater contains considerably more living organisms than an equivalent amount of soil.

Dr. Murray theorized that the apparent difference in disease resistance and vitality between life on land and in the sea is due to mineral deficiencies in our soil and subsequently in our food. He visualized an endless cycle wherein continents rose from the sea rich with minerals. The constant effects of climate—freezing, thawing, rainfall, and erosion—combined with mankind’s historically poor stewardship of the land and increasing acid rain cause topsoil minerals to go into solution. These mineral solutions then enter streams and rivers and subsequently flow into the sea. Murray concluded that these minerals hold the key to human health. Therefore, it made perfect sense to recapture them and restore them to our soils. 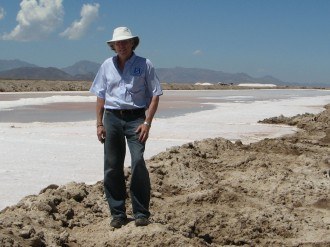 Initially, he successfully experimented using diluted seawater on soils and crops. Then he discovered that if water is totally removed from pure, mineral-enriched seawater, 3.5 percent remains as solids. He called these minerals “sea solids” and used them exclusively, during many years of extensive research, on all ranges of crops and soil types. Murray even developed a specialized use of sea solids for hydroponics, and operated a successful 13-acre hydroponics fresh-produce farm in southern Florida. The results were consistently the same: the plants flourished, matured more rapidly, were healthier, were more disease and drought resistant, and produced outstanding taste along with greater yields. In assays testing for nutrients, foods grown with Murray’s sea solids had significantly more minerals (ash content), vitamins (25 percent more vitamin C in tomatoes; 40 percent more vitamin A in carrots) and sugars. In addition, he witnessed the same amazing results in all types of livestock and poultry that were offered feed grown in soil enriched by his sea solids. Physiologically, these animals were healthier, gained weight more rapidly, and reached maturity sooner. 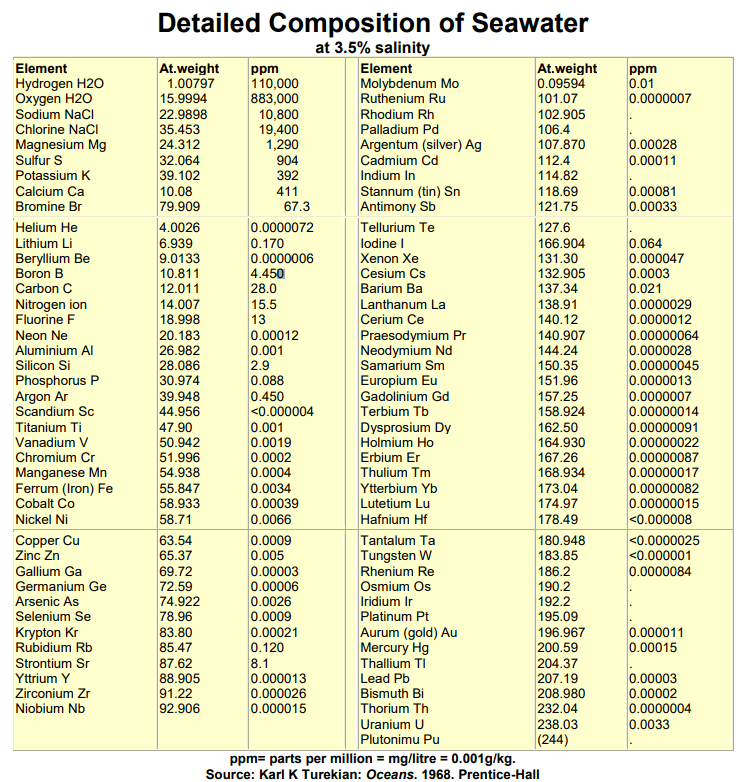 During his 30 years of research, Murray conclusively proved that the proportions of trace minerals and elements present in pure seawater are optimum for the growth and health of both land and sea life.  Cain, under Dr. Murray’s direction, applied these minerals to both soil and hydroponics food production, and personally tasted and witnessed their outstanding effects.

Since creating sea solids by desalinization of seawater is very costly, Murray searched the earth for the best source of sea solids in their natural form. He required expansive tidal flats on the banks of a mineral-rich, unpolluted sea in an arid region with little or no rainfall. Prior to his death in 1983, he disclosed to Cain the location he had found to be the purest.

SEA-90 sea mineral solids created in this specific location are unique in their mineral and trace element richness due to five major factors:

In 2002, Cain began mining sea solids from Murray’s source and distributing the product throughout North America. These sea solids now called SEA-90 are listed by OMRI (organic materials and review institute) for use in the production of food and livestock. Millions of pounds have been applied to pasture, grains, hay, row crops, fruit, nut and ornamental trees, gardens, sprouts of all types, wheat grass, lawns, container plants and offered to all forms of livestock as a mineral supplement with outstanding results. Higher yields, longer shelf life, drought tolerance, improved resistance to diseases and pests, increased vigor and weight gain in animals are just a few of the results being reported. SEA-90 fertilizer can be broadcast on soil or dissolved and applied as a liquid foliar spray. SEA-90 Essential Elements is offered free choice and mixed into rations for all livestock. Cain’s vision is to improve the quality of human health through the food we eat by remineralizing the soil in which it is grown and improving animal health and vitality. In his opinion, application of these extraordinary sea solids with their 90plus elements—the sea’s full spectrum of minerals—to tired and depleted soils, plants and animals is the perfect solution. He believes that as stewards of the land, it is our responsibility to restore the mineral balance to soils, livestock and subsequently the foods we ingest. Cain hopes to convince all stewards of the land to help sustain life on this planet by remineralizing their soils, crops and livestock and spreading the wisdom of Sea Energy Agriculture.

to Request a Quote For Large Scale Orders